Handling an employee complaint about another employee

In any workplace, there will be some testy times between employees. Thankfully, many disagreements and disputes are minor and get resolved without management having to step in. Occasionally though, conflict between co-workers can lead to a complaint to a manager or boss.

Handling an employee’s complaint about another employee requires some thought and navigation. On the one hand, you don’t want to overreact and make a mountain out of a molehill, and on the other, you don’t want to brush it off too lightly and risk alienating or angering staff or having the problem escalate.

So what’s the best approach? Let’s have a look at what to do when an employee complains about another colleague.

First step: Look into it

When an employee comes forward with a complaint about another employee, no matter how crazy it seems, you should take it seriously (within reason, of course: a complaint that a co-worker is a shape-shifting lizard probably doesn’t require further consideration, other than checking whether the complainant is okay).

There are two priorities here:

Talk to the person and ask them to explain fully. Complaints often result from minor incidents, flash arguments, or perceived wrong-doings, and can be resolved easily without formal procedure.

If it’s a complaint about another person’s performance, it may be easy to prove or disprove by checking evidence (timesheets, logbooks, deadlines and progress schedules etc.).

Whatever you do, don’t ignore a complaint and hope it goes away. Under New Zealand employment law, employers are responsible for creating a safe and secure working environment and to take steps to ensure employees aren’t subjected to bullying, harassment, or discrimination at work.

Disregarding a complaint or not acting appropriately could mean it becomes a larger problem, which will not only make it harder to resolve but could also mean it comes back to bite you (at worst you could face a personal grievance or prosecution under the Health and Safety at Work Act).

People not getting along vs. something more serious

The purpose of initial investigations is to see how valid and serious the complaint is. You need to be clear on whether it's a case of two people who don't get along or a genuine case of misconduct, bullying, harassment, or discrimination, because this will dictate where the process goes next.

If it’s a personality clash, encourage the employees to step up, be mature, and figure out how to get on with each other. Everyone doesn’t need to hug and be friends, but they do need to maintain a professional, working relationship.

Resist intervening or mediating unless it’s absolutely necessary, as it can make the situation worse if the other party resents official intervention. It may also mean employees rely on you to play the role of parent or referee more often in the future.

Bullying, harassment, and discrimination are another story and complaints should be formally investigated straight away. You must also support the complainant throughout the process. Other complaints may be clear cases of misconduct or serious misconduct, such as violence or alcohol or drug use, at which point you would take disciplinary action.

Find out more about the disciplinary process.

Sometimes, you might want to disregard a complaint because of personal feelings. You (or others in the team) may find the complainant irritating or you might like and respect the person being complained about.

Don’t take sides, rush to judgment, or act purely on gut feelings. You need to look into things as dispassionately as possible; they may not be as they seem.

Human relations can be complex, so you may need to dig deeper, talk to more people, seek witnesses etc. Like all employment processes, any investigation should be conducted fairly and reasonably.

Keep in mind how the business has handled similar employee relations problems in the past, so you can be sure your response is consistent. Is there a workplace code or policy that has been breached? Are there extenuating circumstances that you need to take into account? The person may be having problems outside work.

Remember, you’re not conducting a criminal trial here. The claim doesn’t have to be proved beyond reasonable doubt, but rather that the alleged misbehaviour or misconduct is more likely to have happened than not (the “balance of probabilities”).

A wee test: Put it in writing

Sometimes, getting the complainant to put their complaint in writing can help clarify the issue. It may be the act of writing it down makes them see the complaint in a different, less severe light and they aren’t interested in pursuing it.

Perhaps focusing on the details of what happened will illuminate its severity (both for them and you). A written statement may also highlight questions which still need to be answered.

Just be aware that writing down a complaint can lead the complainant to assume it will be formally investigated and resolved, which may not be the case. Always be clear about the process and what people should expect from it.

As mentioned before, it’s better to encourage people to take responsibility for resolving their own disputes whenever possible, as this helps build a mature, resilient work environment.

If the relationship is severely strained, however, third-party assistance can help the parties resolve the issue. This doesn’t always mean getting everyone together in a room to thrash it out; sometimes it might be appropriate to give the complainant coaching and advice on dealing with the other person.

If you do bring in a mediator, find someone independent and neutral, so everyone can lower their defences and work to find solutions they can live with. Remember, the ongoing working relationship should be of topmost importance.

The Ministry of Business, Innovation, and Employment provides free mediation services, but depending on wait times this might not be responsive enough for your situation, so a professional mediator (i.e. paid for by the company) might be the way to go.

A word about... Anonymity and confidentiality

Sometimes people will come forward with a complaint but insist that it goes no further. This isn’t much use to anyone, because no action can be taken and the complaint is therefore little more than a gripe or gossip.

It’s also not uncommon for complainants (and witnesses) to request anonymity. Tread carefully here. It’s very hard to investigate a complaint properly without other team members becoming aware. Giving an accused employee the right of response is also an important principle of natural justice, and disciplinary action taken on the back of anonymous complaints can be hard to defend if contested in court.

Draw some boundaries around what you and the business are prepared to do and not do in these cases, and hear and not hear.

On the other hand, be mindful that minor incidents can seem huge for employees and serious issues are often traumatic. All New Zealand businesses are legally bound to support the complainant in cases of bullying, harassment, or discrimination, but any complaint procedure should always seek to resolve issues with a minimum of exacerbation and distress.

Whatever you do, don’t go discussing a complaint with others, especially by text, email, or on social media.

Serial complainers can suck up a lot of time and space. If you find a person’s complaints are taking up too much of your time, then you can take action against them. Complaining is not a legitimate way to avoid being managed or disciplined.

In rare and unusual cases, you may be justified in dismissing an employee on the grounds of an irreconcilable breakdown in the employment relationship. It's very much a last resort: the business will have to prove that the employee was largely responsible for the breakdown, the relationship was beyond repair, and the dismissal procedure was fair.

Usually, severely incompatible people will quit because they can't take the pressure, scrutiny, or stress.

We steer away from prescribing procedures for managing people where we can. Having a blanket policy about employee complaints could reduce your flexibility, as you will be required to faithfully adhere to it even if the circumstances of the complaint call for a different response.

The guiding principles for handling complaints are being fair and reasonable, and making sure that the person you’re working with feels heard and that there’s a way forward.

We do recommend having a bullying and harassment policy, however. These are serious issues and should be treated as such by everyone in the company.

Find out more about putting important company policies in writing.

A culture of responsiveness and sensitivity to employee needs should underpin your whole approach to handling complaints. If the company fosters an open, inclusive, caring environment, then people should generally get on and work well together.

Leaders need to set an example, demonstrating what behaviour is appropriate and how other people should be treated. If you’re happy to let little things go (an inappropriate comment here or an unwanted touch there), don’t be surprised when this becomes the norm and you have to battle to change it. Remember, bad behaviour is a liability to the company, legally and commercially.

But don’t be afraid of differing opinions or constructive conflict. Employees should feel free to raise concerns and propose solutions, so long as everyone respects each other’s opinions and seeks mutually-beneficial outcomes.

Get tips on building a strong company culture.

1
Suspending an employee: all you need to know By Sylvie Thrush Marsh, Head of HR Advisory - 07 Apr 2021 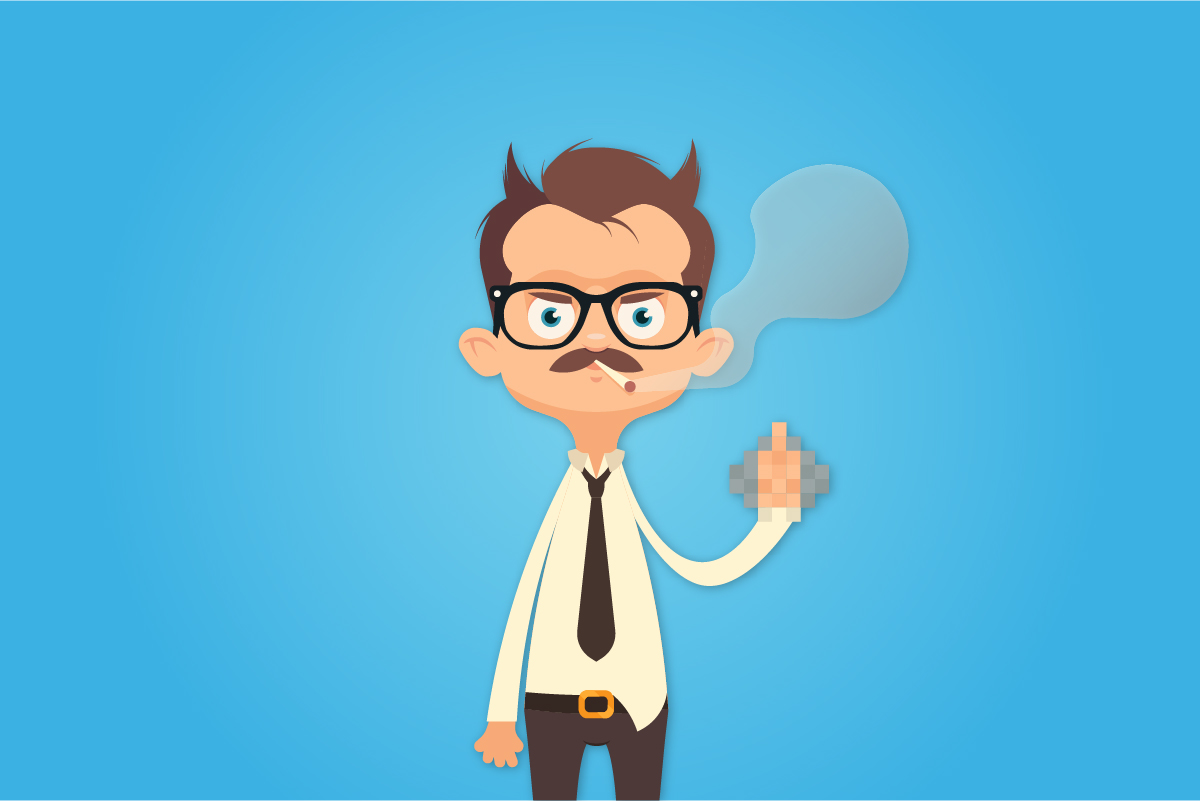